← I’m doing something I dreaded, and it’s not so bad
Trichotillomania and taking testosterone →

I was in Turkey and Greece!

So I went on a really big trip this summer – I visited my brother!  I flew into Istanbul, stayed with him there for two nights, and then we rented a car and went up to Sile on the Black Sea, Yalova on the Marmara Sea, the city of Bursa, and Ayvalik on the Aegean Sea.  We took a ferry to the Greek island of Lesbos / Midilli.  We also saw ancient ruins in Bergama and went to a Turkish bath with natural hot springs in Inegol.  We crammed a lot into 10 days!  This was my first time overseas since 11th grade, when I took a class trip to England and Scotland.  It was the first time I’d seen my brother in three years – it was pretty great to reconnect.  We did lots of swimming and hiking and we also went to a Whirling Dervishes festival, which was going on continuously for 114 days of summer. 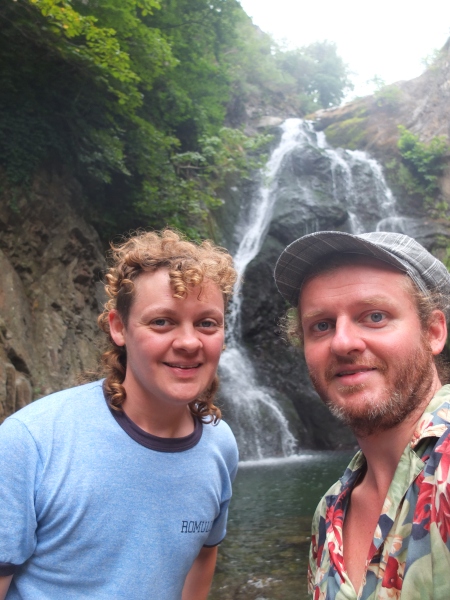 If you wanna read more, I wrote about this trip, through the lens of someone who is non-binary, here!  I wrote about TSA stuff, but more excitingly, I wrote about feeling more comfortable in a “male” role in a way that I am not, in America.  I even swam without a shirt on, in front of others – something that I didn’t plan on ever doing!
Traveling Non-Binary:  Gender Perceptions in Two Cultures

The website is called Transgender Universe, and I’ve written for them before (this is my 4th piece).  I like switching it up with blog writing every now and then.