I surpassed my best guess at a timeline.  When I started in January, I gave the whole venture 6-8 months.  I thought I’d start getting uncomfortable with the level of masculinization by that time, and I’d stop.  Not for good, just for a while, to level back out, and then most likely start again within another year or two.  Something like that.  BUT!  I really like what’s going on.  I like everything except for the facial hair growth, and that’s been pretty minimal thus far.  Minimal enough to manage, without having to shave.  I like my voice, the muscle growth, legs getting hairier, and clit growth.  I haven’t noticed my hairline receding any further than it already has (I was on a low dose of gel for 3 years and saw my hairline change).  And I really really really like the cessation of menses.  I never had severe symptoms with that, but having it as one less thing, showing up to deal with, cyclically, is a really big plus.

Today was also my 3rd appointment with an endo, and I have a new one now (the one I started with moved to Oregon).  I liked her immediately.  She wrote down notes.  She was curious if my psychiatrist sees other trans-patients, and if I like her, so that she can have someone to refer others to.  Same with my therapist.  She wanted to know about my experience with my top surgeon.  I gave her my full report.  She just seemed to really want to get a grasp on who’s who within trans-health, and to glean a lot of that information from actual patients, which felt really validating.

I asked her questions about needle gauges, and she asked me if I was interested in sub-cutaneous injecting.  I said, “yes!” even though I hadn’t thought about bringing this up in particular, in advance.  It’s just something I’ve heard other trans-people on testosterone talk about as an easier and less painful route.  But I assumed it was something totally different, like a different style needle, possibly a different type of oil, etc.  I learned it’s not – you just use a significantly smaller needle, and inject it into fat instead of muscle.

This next paragraph is going to be kinda graphic, heads up if you have a needle phobia!  So, imagine using a fairly long and thick needle and just jabbing that straight down into your quad muscle, perpendicularly.  And then having to push the oil out of the syringe, which does take some force because the oil is thick.  This has been painful, to varying degrees, and often there is blood.  Sometimes my muscle is sore that night and into the next day.  Now, instead!!!  I’m gonna get to use a thinner needle, and just slide that in at an angle, but fairly parallel with the skin.  It’ll only have to go in a half inch or so, not one-and-a-half inches.  It’ll still be hard to push the oil out and in, but just the fact that it’s a layer of fat and not a thick meaty muscle sounds pretty good to me!  I can’t wait to switch over!  I’ll have to watch some videos or something.  The endo did suggest I could come in and a nurse practitioner could show me, but I think I got it.

The one thing about the appointment that felt a little off was she gave me a quick exam, with all my clothes on.  This was in itself was fine, although I was caught a little off guard..  She checked my lymph nodes, breathing, throat, etc.  Then she said to lay down, and even though I was wearing a t-shirt and hoodie zipped up all the way, she kind of put her hands under there and said she wanted to take a look at my chest.  Maybe she could have asked.  I probably would have said sure.  But she was like, touching my nipples and commenting on skin retraction.  And it felt weird.  It’s not like it was lingering in a bad way.  I pretty much immediately got over it.  It was just very unexpected. 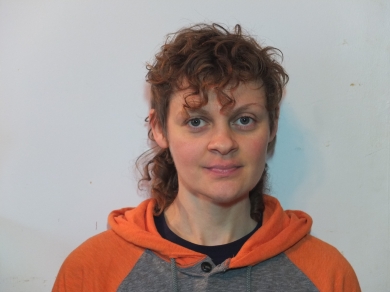 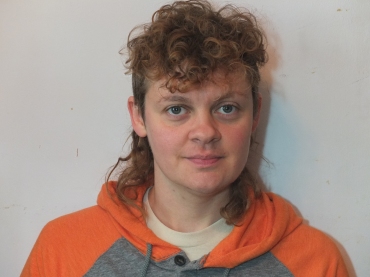