Every year around mid-November, I tend to think back and reflect on a defining period of time in my adolescence.  And for as long as I’ve had this blog, I’ve written something about it, annually.  When I was 17, I voluntarily admitted myself to a psychiatric unit.  I envisioned I’d be there for a day or two; in the end I was there for 3 weeks, with everything quickly no longer becoming my choice.  It was both good and bad that I went voluntarily – On one hand, I didn’t resent anyone else for making that decision, and I may have made some things easier for calling that shot so early-on in my downward spiral.  Specifically, I could have been walking around in a mild/moderate psychosis for a long time without giving off any glaring red flags, which could have been much more damaging in the long run, led to me slipping back into that state easier and more frequently as the years went by.  On the other hand, I couldn’t forgive myself for the longest time, and I blamed that traumatic experience on being just the start of all problems and struggles that came after it.  If I hadn’t gone to the hospital, everything would have been different, I thought.  If I hadn’t gone to the hospital, I wouldn’t have lost my mind, I thought.  Now though, 19 years later, I don’t think those things anymore.  Instead, I think that I was an incredibly self-aware teenager, and I acted out of self-preservation. 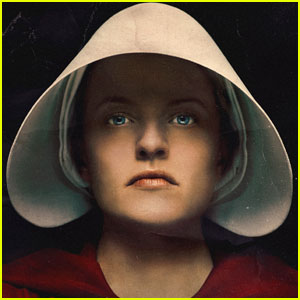 When i was in the hospital, it was expected that I keep up with my schoolwork, or at the very least, try.  In Humanities class, we were just starting to read The Handmaid’s Tale.  Instead of my school-issued book arriving for me to read, a copy was sent from the Central Public Library, which made me immediately suspicious.  I was paranoid that we were being force-fed, brainwashed, and doped, and every little detail just added fire to that flame-in-my-brain.  I started reading it anyway, but I didn’t get far.  On pages 3 and 4, phrases such as,

really freaked me out!!  All I could think about were the parallels.  The decor in my own hospital room, the panic and the dystopian surrealism of it all.  This part especially has always stayed with me:

“It isn’t running away they’re afraid of.  We wouldn’t get far.  It’s those other escapes, the ones you can open in yourself, given a cutting edge.”

I’m pretty sure I did eventually finish the book.  But I dropped the class.  I dropped a bunch of classes when I got back to school, out of necessity.  In order to graduate and have as little stress as possible while doing so.  In order to try to put some of my mental health issues behind me and to look forward to college…

My spouse and I just finished watching The Handmaid’s Tale, up through season 2.  So depressing and distressing.  Just a really jarring portrait of where we could end up, some of it hitting way too close to home – not so much on a personal level, but in a collective consciousness kind of way.  Hauntingly horrifying.

I got the book out of the library again – my local branch this time, not the Central Public Library…  Gonna attempt to re-read it.

3 Comments on “Thinking about trauma”