5 recent LGBTQ+ films to check out

My spouse and I had a lot of fun going to a bunch of fims during this year’s local annual LGBTQ+ film festival!  I liked all the films we picked out this time around.  Here’s a little more about them (some of the links are to trailers while others’ are for the films’ websites:

Pulse – This Australian film was part of the “ImageOut There!” series, it definitely took some interesting twists and turns.  What if people could surgically switch bodies, like for example go from a disabled teenaged male body to a “picture perfect” teenaged female body?  This is what Olly chooses to do, with his/her reasonings unfolding slowly throughout the movie.  A different and unique perspective leaning a little too heavily on the fantasy of what it means to be a woman:  not much insight but plenty of pitfalls.

Man Made – This may be my all time favorite movie I’ve seen at the festival over the years.  I cried a lot (and that’s saying something because lately tears are super hard to come by!)  It’s a documentary that follows the journeys of 4 transgender men as they prepare for the only all-trans bodybuilding competition, in Atlanta, GA.  Their stories are heartwarming, heartbreaking, and they hit on a bunch of emotional points in between. 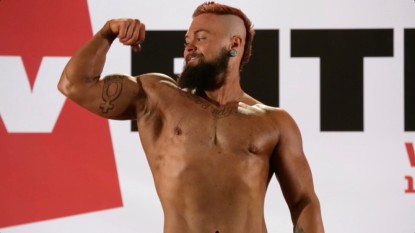 Cola de Mono – This Chilean film was also part of the “ImageOut There!” series.  It’s a feature length that focuses on one family on Christmas eve, 1986.  The men in the family have been “cursed” by homosexuality, and the next iteration is now playing itself out.  It’s super melodramatic, definitely campy, but not in a fun way.  They undertones are full of hypersexuality, perversion, ritual, and horror.  The film takes its name from a traditional drink similar to egg nog, which translates into “monkey’s tail.” 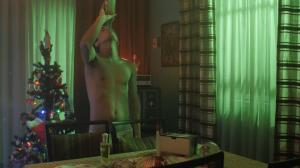 Studio 54 – I didn’t really know anything about the behind-the-scenes, so I learned a lot!  The documentary featured a lot of interview time of the more “silent” partner, Ian Schrager (the more public partner, Steve Rubell, passed away from AIDS / hepatitis in 1989.)  My spouse pointed out that it was a smart idea not to rely on a bunch of famous people being interviewed about it – that seemed like the easy choice, but this way the film spoke for itself a lot more.

The Miseducation of Cameron Post – My spouse was super psyched this was part of the festival, because they had heard of it and had just finished reading the novel that the film is based on.  It takes place in Montana in 1993; when Cameron is caught in the backseat of a car with her girlfriend, she’s sent to a conversion therapy camp called God’s Promise.  It was awesome to see this with a theater full of people because there were so many sound bites that got big laughs (although the writer and director didn’t seem to account for those interruptions, there wasn’t a beat for us to catch up, meaning we ended up missing dialogue because we were laughing so much.  At one point, the audience burst out with a round of applause!)  This was thoroughly entertaining and also disturbing – a more dramatic partner piece to “But I’m a Cheerleader.”