Today marks 3 months on T-injections.  My prescription is for 50ml / week, but I’ll admit I was using more than that for the first 6 weeks.  I’ve been doing 50 regularly for the last 6 weeks though, leading up to my blood test, because I really do want to see where the levels are, at that amount.  I have an appointment on Thursday with the endocrinologist to discuss this.  I’m going to ask to be put on a higher dose.  Which I may or may not bump myself up to.  I… just really like to stockpile testosterone and to have some personal control over it.

Changes have been occurring at a comfortable pace.  I’ve gained maybe 8 pounds, mostly in my abs, shoulders, and pecs.  I get more dark hairs on my chin and upper lip, which just means I gotta use the tweezers more often!  My voice definitely dropped within the last month – I’d say that is the most noticeable thing.  And I have mixed feelings about that, because it is such a permanent thing.  But, so far I’d say I’m getting used to it and will probably ultimately be happy about it.

We went to Easter Sunday at my Aunt’s, and it was the first time I’d seen my relatives since these changes have occurred.  I felt a little self-conscious, because they do know I’m trans and that I changed my name and some of them know about my top surgery.  But I haven’t said I am on testosterone.  And I’m not gonna.  It will just be.

Other than that, it’s been pretty low key.  It’s certainly not as big a deal in my head as getting on Androgel, 4 years ago, was.  I imagine I’ll be on the injections for a few more months at this point.  And then on and off of them, sporadically, for the rest of my life.  Probably.

I came up with a new term in my head, today, to describe my gender.  I’m definitely not “mannish,” but I do think that I am “male-ish.”

Here’s my face:  Other than not being able to get the lighting right, I think that my cheeks and neck have filled out a bit… 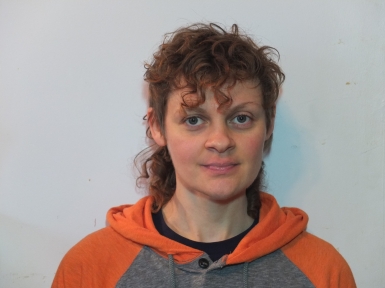 Oh, also, I almost forgot!  I barely got my period this month – it was way late, and it was sooooo light, at that.  That was awesome.  It kinda freaks me out that that’s all it takes, and there are no health consequences(?) for the cessation of menses.  But, I guess it’s relatively normal, like with birth control and stuff…

Also, yesterday at work, we were using swing machines, which is uncommon (extra work over break).  And they require a lot of upper body strength.  I’d normally be sore after that, but today?  Not sore!

10 Comments on “3 months on testosterone”